Obese Patients with type 2 diabetes can benefit from the results of bariatric surgery. may potentially put type 2 diabetes into remission for up to two years due to the surgery providing durable glycemic control. Lead author Sangeeta R, Kashyap, from the Endocrinology and Metabolism Institute, Clevland Clinic, Ohio, wrote of the bariatric surgery ” We can put diabetes into remission, and even if this only for a few years, it will delay the development of complications,”

Participants of a recent study showed moderately obese patients ( Body Mass Index range of 27 to 43 kg/m2), of which preformed the bariatric surgery, their pancreas began to make insulin again and normalizes blood sugar level so that the patient can take fewer or no medications at all.

Findings also noted that bariatric surgery “was most impressive in metabolic terms, having a unique and powerful effect on belly fat and increasing the function of the pancreas 5-fold,” Dr. Kashyap said of the procedure. The alternative surgery, the sleeve gastrectomy, provided results to the same amount of weight loss, but did not provided the same results on the pancreas as did the bariatric surgery.

“The doors have opened for bariatric surgery for type 2 diabetes, and the long-term goal is to see if these procedures have an impact on complications,” Said Dr. Kashyap

A study performed by STAMPEDE at the American College of Cardiology, resulted in proving numbers that after 12 months of either bariatric surgery or sleeve gastrectomy surgery patients had better glycemic control. The Study was performed on . The study is a randomized controlled trial that enrolled 150 moderately obese patients (mean BMI, 36) with uncontrolled type 2 diabetes and randomly assigned them to intensive medical therapy (IMT), RYGB, or sleeve gastrectomy. The mean age was 49 years, and mean glycated hemoglobin (HbA1c) was the main study outcome of HbA1c of less than 6.0%. All results were achieved by using less diabetic and cardiovascular medications. 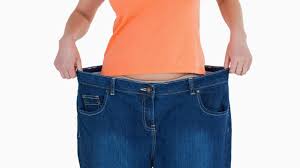 “I would say the gold standard surgical technique is Roux-en-Y gastric bypass. I truly consider it metabolic surgery for people with diabetes.”-   Dr. Sangeeta R. Kashyap